After losing her sight in a car crash as a child, a woman's vision is finally restored. Now she begins to explore and analyse everything around her.

Having lost her sight in a car crash as a child, Gina, Blake Lively (The Shallows, The Age of Adaline, Gossip Girl), is offered surgery which allows her to see again through one eye. Having had her entire adult life with no vision, never even setting eyes on her husband James, Jason Clarke (Everest, Zero Dark Thirty), there will be much change. You would think that the potential to have this disability removed would be a good thing for them both. 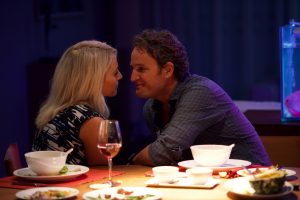 With her newly restored vision, Gina decides it is time for transformation as she discovers who she really is. As she analyses every aspect such as her appearance, home, and the people she knows, James begins to feel inadequacies as she becomes more and more independent, making changes to dimensions James has clearly held all control. 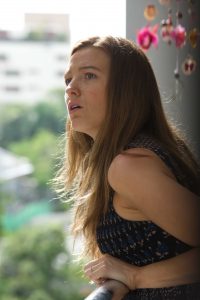 Directed and written by Marc Forster (World War Z, Quantum of Solace), the narrative tries to give depth to character and to build suspension, however seems to drag in some places without enough detail in others meaning some aspects may be too subtle to fully get the point across. 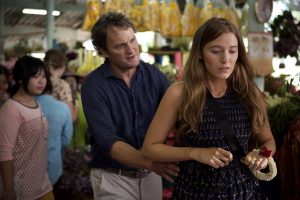 There is some nice cinematography with overhead shots during a canoeing scene really adding depth to the mood of the film whilst others depicting Ginas own first person view and vision quality works well.

Acting is good from Lively and Clarke with expressions such as a sinister smile saying everything. Danny Huston (American Horror Story, Wonder Woman) also plays a good role as the eye specialist.

All I See Is You is worth watching as seems completely different to other films in the Thriller genre.

Thank you for your support!