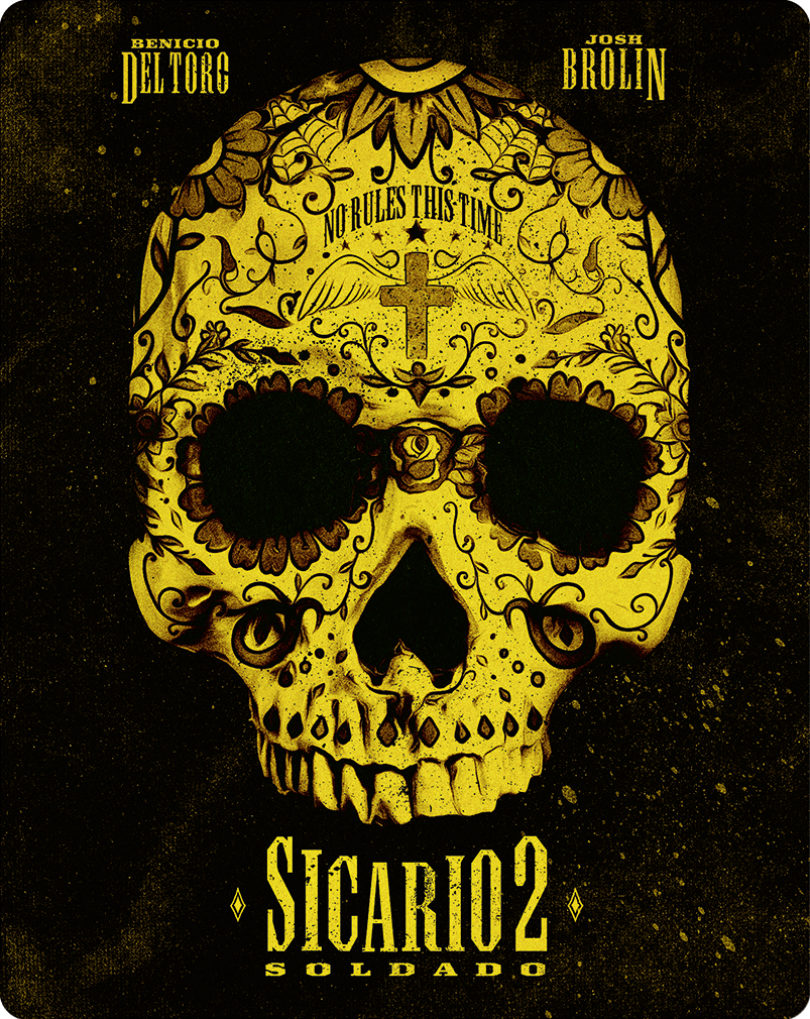 In any action movie, a powerful music score is essential to set pulses racing and crank up the intensity. A movie moment can be transformed with the use of one simple chord when struck at the right moment – and can turn a movie into an instant classic.

Fast-paced action films are nothing without a pulsating movie score to raise the stakes and maintain the momentum throughout the most dramatic sequences. A brilliant example is the powerful theme “The Beast” by the late composer Jóhann Jóhannsson for the Oscar®-nominated film Sicario, which was re-imagined for the sequel Sicario 2: Soldado by composer Hildur Guðnadóttir.

To celebrate the release of Sicario 2: Soldado on digital download from 22nd October and on 4K UHD, Steelbook, Blu-Ray™ & DVD from 29th October 2018, we are rounding up the top movies with the most memorable scores that continue to stir the senses time after time.

The music that scored the 2008 Christopher Nolan Batman reboot was so memorable that it was awarded ‘Best Score Soundtrack for Visual Media’ at the 2009 Grammy Awards. Hans Zimmer and James Newton Howard used a blend of electronic and orchestral elements to create a rich audible experience for the audience. The theme tune that the duo created for Heath Ledger’s ‘The Joker’ is particularly notable. The theme was made from two notes played on a variety of instruments and is a perfect accompaniment to the tortured character we see on our screens. The musical score is dramatic, at times solemn and menacing, and is a large factor in The Dark Knight being widely regarded as one of the best superhero films of all time.

The soundtrack to the 1982 Harrison Ford classic is regarded as a historically important piece in the genre of electronic music. The neo-noir science fiction film directed by Ridley Scott required a score that matched the futuristic nature of the movie. Composer Vangelis heavily relied on synthesizers alongside a classical composition to create the gloomy, electronic sound. The film is, somewhat disconcertingly, set in a dystopian ‘future’ Los Angeles of 2019, in which synthetic humans known as replicants are bio-engineered by the powerful Tyrell Corporation to work on off-world colonies. The Blade Runner music score created some of the most memorable atmospheric soundscapes from the 80’s and, like the film, was designed as a look in to the supposed technological future.

Our list of the most memorable movie scores would not be complete without the Steven Spielberg thriller Jaws. The main theme for the film, that composer John Williams said was meant to represent the shark as an ‘unstoppable force’ of ‘mindless and instinctive attacks’, is as infamous as the film itself. Jaws is a perfect example of a musical score transforming the appeal of the film, as even Spielberg himself has admitted that without Williams’ score the film would have been only half as successful. Those two alternating notes in the film’s main theme song are enough to instil fear into the most composed of adults. It is no wonder that the score earned Jaws an Academy Award for ‘Best Original Score’ in 1976.

Hans Zimmer and Christopher Nolan reunited for one of the stand out films of 2014 and the fourth entry in our ‘Most Memorable Movie Scores’ list. Set in a dystopian future where humanity is struggling to survive, Interstellar follows a group of astronauts who travel through a wormhole in search of a new home for humanity. Zimmer used a large organ as the primary instrument for the score which worked to create the atmosphere of the magnitude of space.  The experimental and unusual techniques used by Zimmer breathed life back into the science-fiction genre and also brought a huge amount of emotion to the film.

The Good, The Bad and The Ugly

A major influence on Western scores, Ennio Morricone was responsible for one of the greatest instrumental film scores of all time in The Good, The Bad and The Ugly. The 1966 epic Spaghetti Western film directed by Sergio Leone and starring Clint Eastwood is set in the Southwest during the Civil War and follows three unsavoury characters who compete and cooperate in their quest for $200,000 in hidden Confederate gold. Morricone’s score is renowned for its ability to create tension and acts as a motif for the central characters. The music captures the atmosphere of the violent and turbulent western desert and is an important feature of one of the world’s best-loved Westerns.

From director Stefano Sollima, Sicario 2: Soldado is an uncompromising, unflinching look into the ruthless world of drug cartels – and the extremes that some will go to end the terror. The chaotic narrative and unrelenting pace of the film requires a score that can keep up with the action. Hildur Guðnadóttir delivers a powerful and captivating score to beautifully compliment the gripping scenes and intriguing characters. The score succeeds in creating a constant sense of dread and danger rendering the audience unable to relax for even a moment. Sicario 2: Soldado is an unmissable movie experience.