Set in London in the 1800's, James Keziah Delaney, Tom Hardy, returns home after years of exploration in Africa to find his father has passed and has inherited a curious legacy. Delaney is determined to continue with his fathers trade and put right where he has been wronged, however he is dealing with very powerful enemies and is caught between two warring nations, Britain and America. 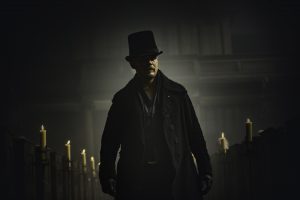 Taboo is brought to you from executive producers Ridley Scott, Tom Hardy, and Steven Knight. As you would expect from this trio, it is dark, gritty and visually striking.

A drama set in 1814 follows James Keziah Delaney, Tom Hardy (Legend, Peaky Blinders), whom has returned from Africa to claim his deceased father’s estate in London. Finding that the family name is in tatters, to put it mildly, Delaney must proceed with caution as murder and betrayal surround him. He must cover every angle as he claims right to the family shipping business against the will of others who seek to make vast profits and gain political influence from his absence. 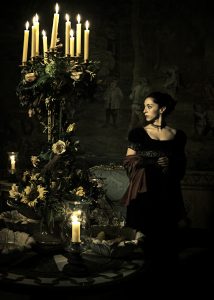 Costume, props, effects, music and cinematography all make this series feel like it was made for the big screen with serious attention paid to every detail. Combined with an extraordinary cast including Jonathan Pryce, Oona Chaplin, David Hayman, Stephen Graham, Richard Dixon, Michael Kelly, Jessie Buckley, Tom Hollander, Nicholas Woodeson, Franke Potente, Edward Hogg, Leo Bill and Mark Gatiss, Taboo oozes quality. The acting is phenomenal with Hardy at the top of his game. 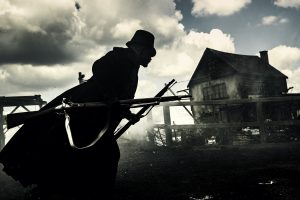 Interestingly, Taboo was based on an original story by Tom and his father, Chips Hardy. Now with the input of writer Steven Knight, comparisons to Peaky Blinders (which was a collaboration of Hardy and Knight) can easily be made such as the quality and depth of plot alongside well developed and portrayed characters.

If you like a dark mystery with a plot that will keep you guessing, Taboo is a must see series.

Taboo was made for prime time Saturday night on the BBC and is available on Blu-ray, DVD and Digital on 29th May 2017 courtesy of STUDIOCANAL.

Thank you for your support!