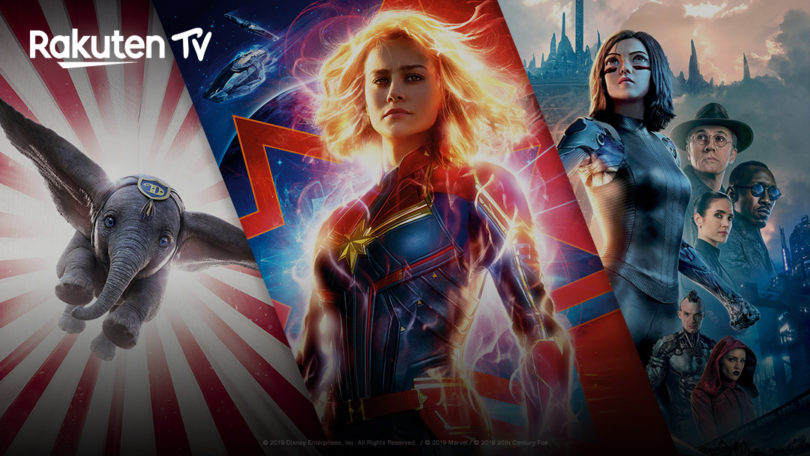 Take a look at the amazing line up for July 2019 on Rakuten TV in order of release!

After crashing an experimental aircraft, Air Force pilot Carol Danvers is discovered by the Kree and trained as a member of the elite Starforce Military under the command of her mentor YonRogg. Six years later, after escaping to Earth while under attack by the Skrulls, Danvers begins to discover there’s more to her past. With help from S.H.I.E.L.D. agent Nick Fury, they set out to unravel the truth.

Vox Lux follows the rise of Celeste from the ashes of a major national tragedy to pop super stardom. The film spans 18 years and traces important cultural moments through her eyes, starting in 1999 and concluding in 2017.

Ten fisherman from Cornwall are signed by Universal Records and achieve a top ten hit with their debut album of Sea Shanties.

A deactivated female cyborg is revived but cannot remember anything of her past life and goes on a quest to find out who she is.

In order to get away from their busy lives, the Wilson family takes a vacation to Santa Cruz, California, with the plan of spending time with their friends. That night, four mysterious people break into Adelaide’s childhood home where they’re staying. The family is shocked to find out that the intruders look like them, only with grotesque appearances.

Young Rudolf Nureyev becomes a top ballet dancer in Russia, but a life-changing visit to Paris soon makes him seek asylum in France.

A young elephant, whose oversized ears enable him to fly, helps save a struggling circus, but when the circus plans a new venture, Dumbo and his friends discover dark secrets beneath its shiny veneer.

We all have a superhero inside us, it just takes a bit of magic to bring it out. In Billy Batson’s case, by shouting out one word – SHAZAM. – this streetwise fourteen-year-old foster kid can turn into the grown-up superhero Shazam.

Louis Creed, his wife Rachel and their two children, Gage and Ellie, move to a rural home where they are welcomed and enlightened about the eerie ‘Pet Sematary’ located nearby. After the tragedy of their cat being killed by a truck, Louis resorts to burying it in the mysterious pet cemetery, which is definitely not as it seems, as it proves to the Creeds that sometimes, dead is better.