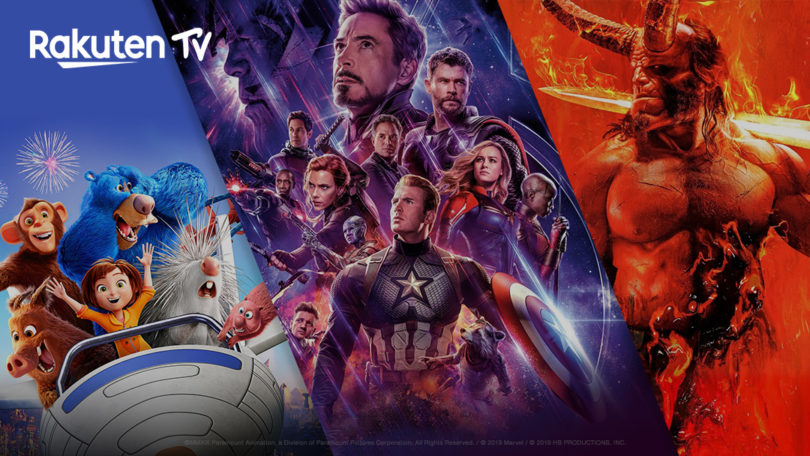 Take a look at the amazing line up for August 2019 on Rakuten TV in order of release!

June, an optimistic, imaginative girl, discovers an incredible amusement park called Wonderland hidden in the woods. The park is full of fantastical rides and talking, funny animals – only the park is in disarray. June soon discovers the park came from her imagination and she’s the only one who can fix it, so she bands together with the animals to save this magical place and bring back the wonder in Wonderland.

Based on the graphic novels by Mike Mignola, Hellboy, caught between the worlds of the supernatural and human, battles an ancient sorceress bent on revenge.

English born Joan Stanley, a Soviet and communist party sympathizer, becomes employed as a British government civil servant, and gets recruited by the KGB in the mid-1930s. She successfully transfers nuclear bomb secrets to the Soviet Union, which enables them to keep up with the west in the development of atomic weapons and remains undetected as a spy for over a half a century bent on revenge.

After the devastating events of Avengers: Infinity War, the universe is in ruins. With the help of remaining allies, the Avengers assemble once more in order to reverse Thanos’ actions and restore balance to the universe.

Kayla, an introverted teenage girl tries to survive the last week of her disastrous eighth grade year before leaving to start high school.

Two policemen, one an old-timer the other his volatile younger partner, who find themselves suspended when a video of their strong-arm tactics become the media’s cause du jour. Low on cash and with no other options, these two embittered soldiers descend into the criminal underworld to gain their just due, but instead find far more than they wanted awaiting them in the shadows.

The Curse of La Llorona

Ignoring the eerie warning of a troubled mother suspected of child endangerment, a social worker and her own small kids are soon drawn into a frightening supernatural realm. Their only hope to survive La Llorona’s deadly wrath may be a disillusioned priest and the mysticism she practices to keep evil at bay, on the fringes where fear and faith collide.

Tolkien explores the formative years of the orphaned author as he finds friendship, love and artistic inspiration among a group of fellow outcasts at school. This takes him into the outbreak of World War I, which threatens to tear the “fellowship” apart. All of these experiences would inspire Tolkien to write his famous Middle-earth novels.

Journalist Fred Flarsky reunites with his childhood crush, Charlotte Field, now one of the most influential women in the world. As she prepares to make a run for the Presidency, Charlotte hires Fred as her speechwriter and sparks fly.