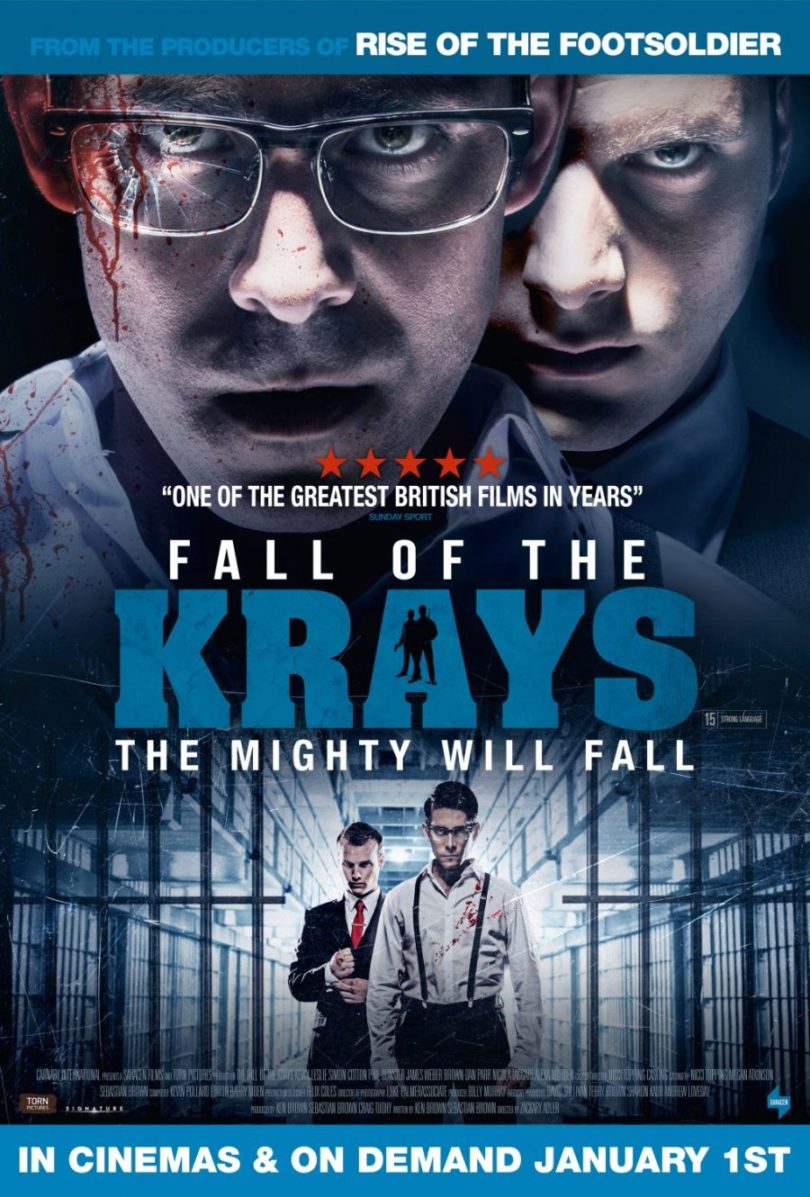 The brutal brothers from Bethnal Green are back and bloodier than ever as FALL OF THE KRAYS explodes onto digital platforms on 14th March, and then onto Blu-ray and DVD from 28th March, 2016, courtesy of Signature Entertainment.

Following on from the huge success of The Rise Of The Krays which was released on Blu-ray and DVD in August 2015 before going on to break sales records across the board, FALL OF THE KRAYS picks up the story of the infamous Firm as the cracks start to show in the brothers’ business plans and their sanity.

Directed by Zackary Adler, FALL OF THE KRAYS once again stars Simon Cotton as Ronnie and Kevin Leslie as Reggie. Having secured their empire and their infamy, the brothers must now fight to keep hold of both as the obsession of one police officer becomes entwined with a burgeoning romance and a dangerous state of mind for Reggie and Ronnie respectively.

The sequel to 2015’s must-see, blood-soaked gangster epic is here and two of history’s most terrifying siblings demand that respect is paid: see the film!

THE FALL OF THE KRAYS IS AVAILABLE ON DIGITAL PLATFORMS FROM 14TH MARCH, AND BLU-RAY AND DVD FROM 28TH MARCH

Fall of the Krays